We have lived on board for one year as of August 1, 2015.  I can honestly say that we have not had much difficulty adjusting to any part of living on board, but thinking back, it just may be that we prepared ourselves thoroughly for nearly 5 years before making the transition.

My Michael had previously owned a sailboat and we chartered in the Caribbean on a couple of occasions so we had some experience, but that didn't satisfy My Michael's hunger for knowledge   He began researching the lifestyle in earnest back in 2009, and in 2010 we developed a five year plan. In the beginning he read everything he could get his hands on about sailboats, including blogs and forums written by sailors.  Gradually he began to form his opinions on boats he thought would suit our purpose, and eventually he developed a short list of boats he liked.

After searching for boats on the net for nearly 3 years, the adventure for us two started with a whirlwind, 36 hour trip to Annapolis, Maryland to look at, and consider two Morgans.  We crawled all over both boats for most of the day and at night we cracked many a crab at the world famous Cantlers for dinner.  On Sunday morning we strolled the quaint city of Annapolis on foot and eventually ended up at a local tavern on the wharf for Bloody Marys, oysters, and some hob-nobbling with the Sunday morning locals. 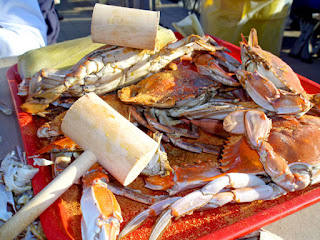 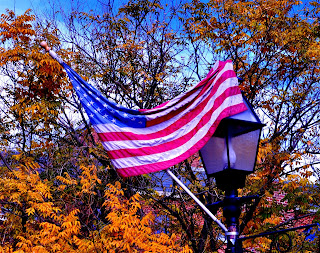 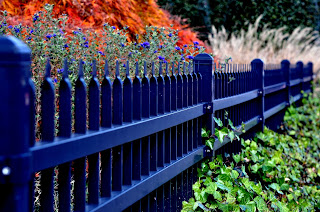 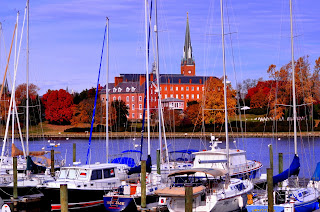 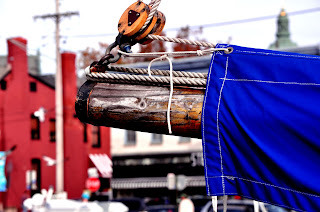 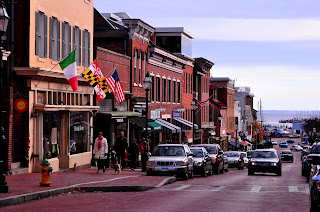 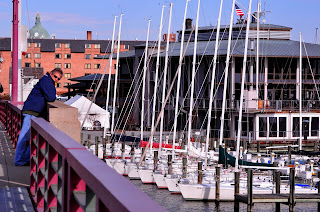 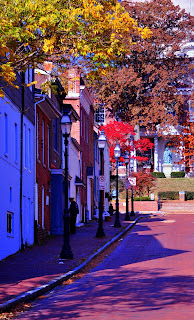 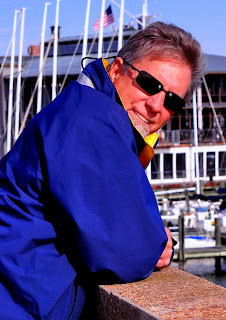 All photos by JLee

Back in Texas we discussed the pros and cons of both boats and eventually made a low ball offer on the boat we liked the least, just to see what would happen.  Boy are we glad they didn't accept our offer.  We quickly moved on to the next Morgan, which we thought to be in better shape. After a few weeks of easy wrangling with the owner and broker, we settled on a price and finalized the paper work.

Now, how do we get  "The Contessa" from Annapolis MD to Seabrook TX?  Obviously there are only two options:  Sail her, or truck her.  I had fears of putting her on a trailer and getting in an accident, so we chose to hire an experienced captain to sail her.  If you have been reading our blog, you will remember that we ran into a huge cluster mess in having her sailed here by the 'good captain Bill'.... who I might add, came highly recommended. (You may want to read  " How the 2 of US Met The Contessa'  here. )

Once Contessa made it to K-Dock in Seabrook, via the assistance of a different delivery captain, the fun began.  We tackled so many projects, I get dizzy just thinking about them.   Some were required as maintenance issues, a few were deficiencies brought up in the survey, and some were aesthetic issues necessary to beautify our new home.  We re- bedded all the hatches and some of the port lights, put in a new teak and holly floor, had custom teak cabinets built in the salon and v-birth, had a custom "little bit of Texas" mesquite cockpit table built, oiled all the wood inside, fought for months trying to get the refrigeration system to work consistently, removed the forward head, holding tank and all the pooh pipes in favor of a Nature's Head composting toilet.   We had world famous Jackie Garrett make insulated hatch covers, an insulated companion way cover, cockpit seating, line bags, custom sheets for the V-berth, new salon cushions, and covers with accent pillows. Sundowner Canvas created a new enclosure incorporating some of My Michael's ideas. (They are now in the process of making chaps for our dinghy and motor.) 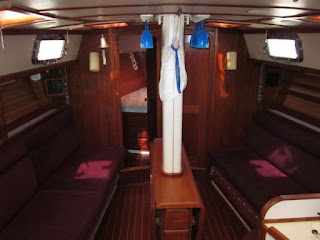 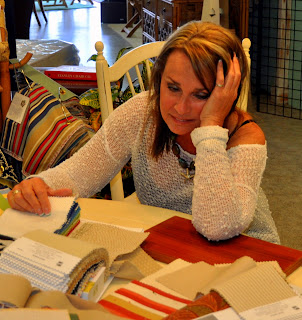 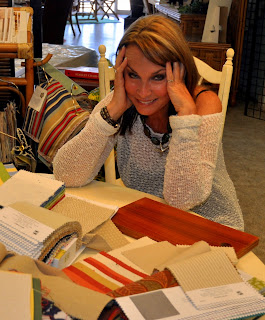 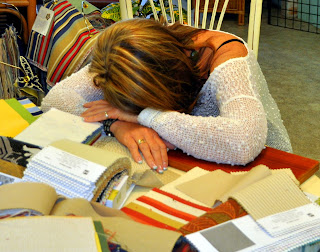 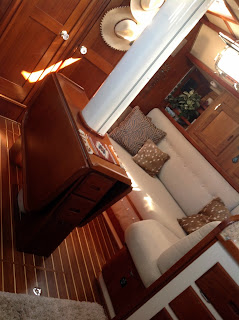 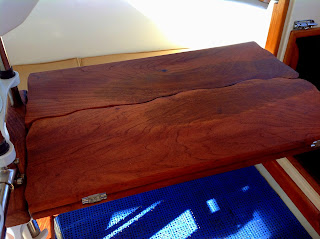 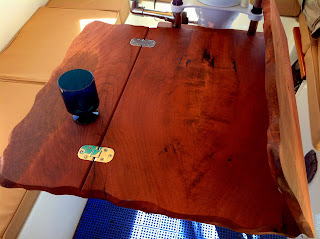 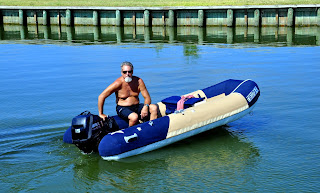 We 3's new chaps
One of the most important things we did was to have K-Dock's High Priestess, Angela Henry, perform a smudging to rid the boat of any angry spirits, and officiate a name changing ceremony to officially change Contessa's name to Adventure US 2. 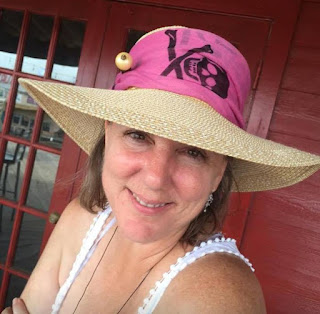 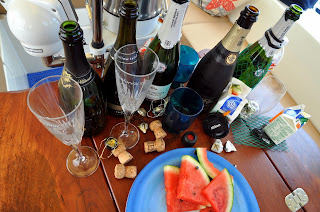 I have heard it said that the artist's job is not to surrender to despair, but to find an antidote to the hopelessness and emptiness of an ordinary life filled with dullness.  I don't know If that is true, for everyone, nor do I wish to get into any discussions on the accuracy of such a statement. All I know is that since we have moved on board; life has been anything but dull. I can not wait to see what the next year living with Adventure Us 2 has in store for us two.

We are a couple of fifty throughs; through raising kids, through climbing ladders, through competing for yard of the month, and through with fifty. We both are looking forward to ditching our phones and exchanging cocktail hour at the pool for sunsets in greener pastures... I mean exotic locations. Our plan is to sell everything, including the kitchen sink, (although JL is trying to figure out a way to save her cowboy boot collection) buy a boat, make sure it floats and sail off into the sunset.
Currently we are on terra firma, cleaning out the attics in two houses, but we are committed (some will say we should be committed) to achieving our plan. This blog is meant to chronicle the progress we make toward achieving our grand halllucination, and who knows, it might just outrage... uh ... inspire other people to give up and surrender to their mid life crisis before the democrats figure out a way to collect a tax on every man's dream.

His version:
I picked Janet Lee out of a police lineup. She was accused of ripping some guy's heart out and eating it while she whistled Dixie. I thought WOW, finally a real southern belle, any woman that can whistle with her mouth full has got to be from the South. Needless to say I told the cops they had the wrong hooker... uh ... I mean girl. We met a month later and the TWO of US started our ADVENTURE by sealing the deal in the back seat of my car.
If you ask her how we met she will probably say she found me throwing up in the bushes behind an all night sports bar, but it's not true. It was a strip club. Oh yea, and she is not really from the south, she's from an eastern nation that bleeds black and gold.

Her Version:
I was at the bus station dropping off my gardener for his bi-annual trip to visit mamasita when I heard a commotion coming from the arrival terminal. Michael (I didn't know his name at the time) was about to be arrested for trying to pilfer coins from a pay phone. He looked kind of cute, and I hate to see grown men whine, so I apoligized to the cops for being late, and explained he was my pool man that just arrived from Denver. He looked as though he had not eaten in a couple of days so I took pity on him and bought him dinner. After a couple of bottles of wine I learned he can be quite charming in a hopeless, down on your luck, sort of way.
If you ask him how we met he will probably say he liked my photo spread in some men's magazine. The truth is the TWO of US began our ADVENTURE together five years ago on Match.com. Oh yea, and he is right about one thing: I love, eat, pray and bleed black and gold.